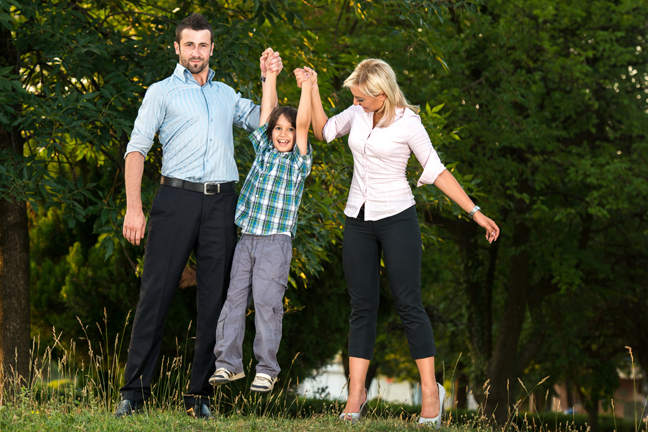 Researchers from Cornell University, the University of Minnesota, and the Minnesota Population Center have used IPUMS Time Use data to find that mothers are less happy than fathers with their parenting duties. Mothers report more stress and greater fatigue than fathers. This experience gap is attributed to the differing tasks of each parent.  The paper was recently published in the American Sociological Review.

“The good news from our study is that parents generally enjoy being with their kids,” said University of Minnesota researcher Ann Meier,  “but the bad news is that mothers enjoy it less than fathers because they do more of the ‘work’ and less of the ‘fun’ parenting tasks.”

Meier and her colleagues Kelly Musick at Cornell University and Sarah Flood at the Minnesota Population Center used time diary data from more than 12,000 parents that linked to their feelings in the 2010, 2012, and 2013 American Time Use Survey. The team examined the types of parenting activities mothers and fathers performed and individual well-being during the activities.

The researchers find that not only do parenting activities between mothers and fathers differ, the environment surrounding the activity differs as well. Meier explained, “when mothers are with their kids, they are more often by themselves. When fathers are with their kids, they are more likely to have other adults around, offering some back-up. This helps us understand why fathers are less stressed when with kids.”

Sleep also had an effect on parents’ differing levels of happiness, said Meier. “Mothers are more likely than fathers to be called on by kids ‘around the clock.’ Fathers’ sleep and downtime are less likely than mothers’ to be interrupted by kids. This is part of the reason fathers are less tired than mothers when parenting.”

The new paper confirms what many mothers have noted anecdotally. The data around parenting, activities, and happiness may help close the experience gap between genders. Meier says, “Having data systematically collected from thousands of parents allows us to confirm what parents have known for years–that parenting is meaningful but also stressful and tiring. Many mothers will recognize their experiences of interrupted sleep and daily feeding and bathing. Hopefully, many dads will see that their partners will likely be happier if they trade some of their leisure time with kids for more of the ‘work’ of parenting.”