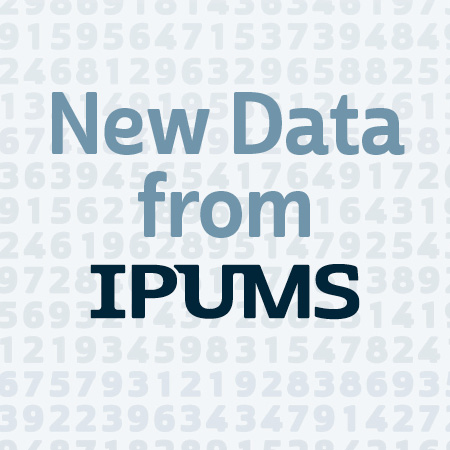 Are you or a colleague interested in learning more about IPUMS? Are you attending the PAA Annual Meeting in Chicago this April? IPUMS is hosting a free “Introduction to IPUMS” workshop. We will introduce the IPUMS collection, highlighting newly available census and survey data. The event will be held on Thursday, April 27, from 6:30pm-8pm. Register now and we will save a spot for you.

IPUMS USA has released one-year and five-year ACS and PRCS data, as well as household-level full count data for the years 1790-1840.

IPUMS CPS has released the identifiers MARBASECID and CPISD, which allow users to link monthly data to the ASEC from 1989-2015 along with new data from several supplements.

IPUMS International will have a large data release this spring. The 24 samples in the upcoming release include data from new countries of Botswana, Poland, and Trinidad and Tobago as well as 2010-round data from many existing partners. This release will also include enhancements to the integrated geographic variables and associated shapefiles to facilitate cross-temporal spatial comparison and visualization.IPUMS DHS is adding six newly-released samples and almost 3,000 new variables. New data include variables on pregnancy termination, childrearing, women’s work, marriage and sexuality, family planning, HIV, malaria, postpartum care, health care access, treatment of child fever/respiratory illness, and vaccinations. 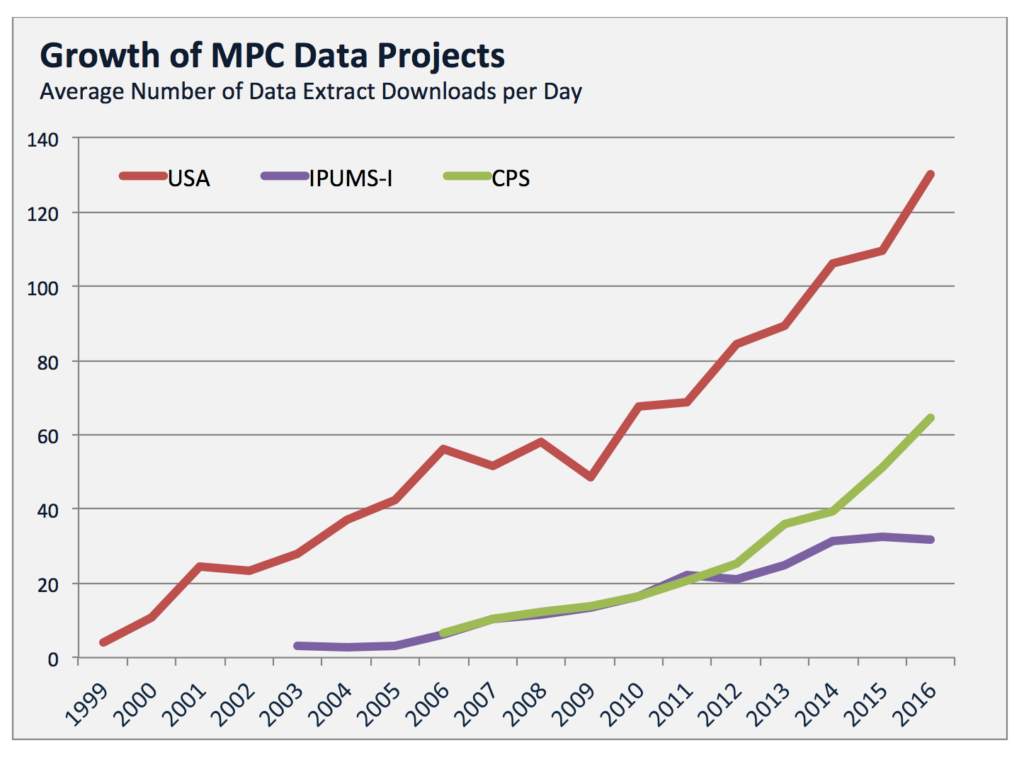 Building a strong sense of community is fundamental to nurturing and sustaining successful organizations.  IPUMS and the MPC pursue three avenues—educational, social, and historical—for building community for its faculty, research associates, staff, and affiliates.