While summary national-level statistics from sources such as the World Bank are a useful tool, these national-level figures may conceal great heterogeneity across subnational units such as provinces and large urban areas.  Such differences are displayed in the figures below, with data on the percentage of stunted children under age 5, nationally and by region within countries. For example, while 40 to 50 percent of Tanzanian children overall are stunted, the figures range from under 20 percent to 50 percent or more across Tanzanian regions.

Stunting here refers to low child height-for-age, defined as at least two standard deviations below the median for a reference population (from the World Health Organization).  Stunting is an indicator of chronic malnutrition. Data are taken from IPUMS DHS, a harmonized version of Demographic and Health Survey data, available for free at dhs.ipums.org. 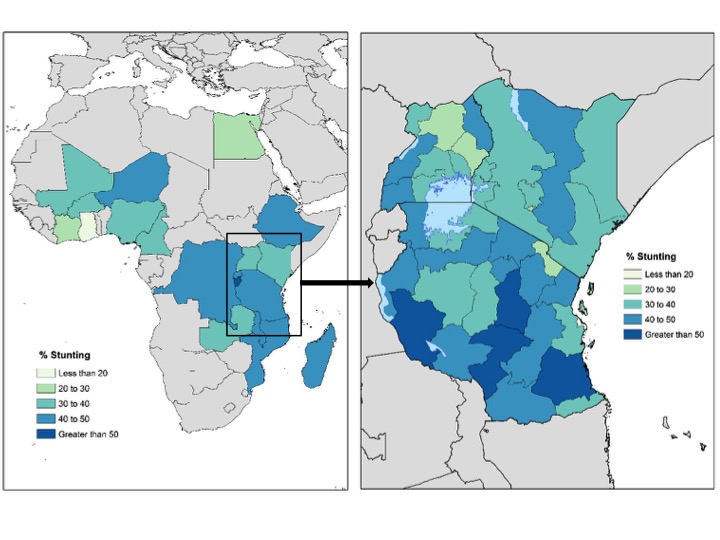 This article previously appeared in the fall 2018 edition of PAA Affairs.