The Fellows first used a technique known as profiling to identify the specific points in existing code that were taking the most processing time. The profiling exercise revealed that most of the processing time was spent on one particular function. The Fellows then focused on optimizing the computation performed by that function.

By implementing a new version of the function that takes advantage of existing scientific computing packages and eliminating repeated loops over the data, the Fellows reduced the execution time by 83.9% compared to the original version of the transformation code. The Fellows then turned to parallelization to achieve even greater performance improvements. They developed a parallel version of the transformation code that is capable of using multiple processing cores simultaneously to read in data and process it in smaller chunks. The parallel version achieved a 92.4% speedup compared to the original version. With these performance improvements, the Mexican municipio calculations should drop from twenty minutes per climate variable to about a minute and a half, reducing a year’s worth of monthly climate analyses from 4 hours to 18 minutes. 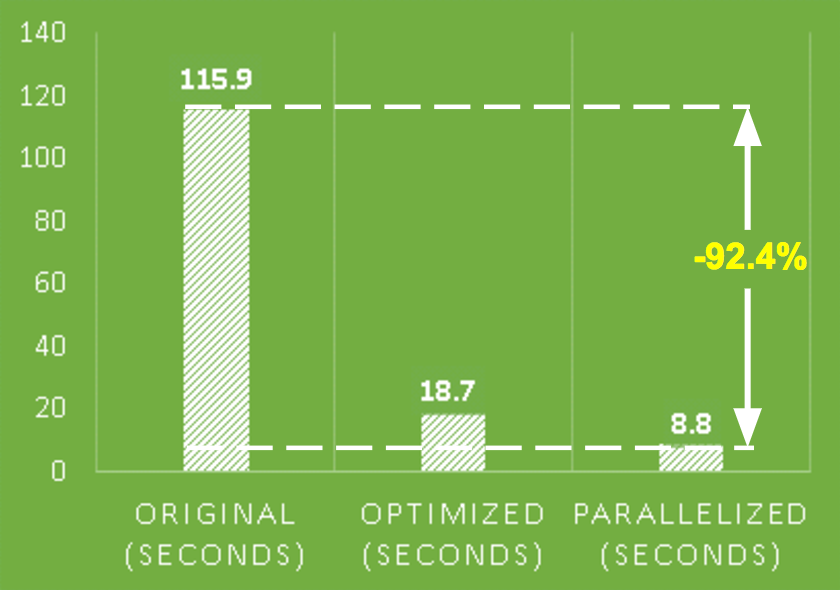 The Diversity Fellowship Program at University of Minnesota’s Minnesota Population Center is designed to help recruit undergraduate and graduate students to work on U.S. or international demographic data resources. The summer program is 10 weeks long, and students are paired with faculty members and research staff to work on a research project and gain professional skills.