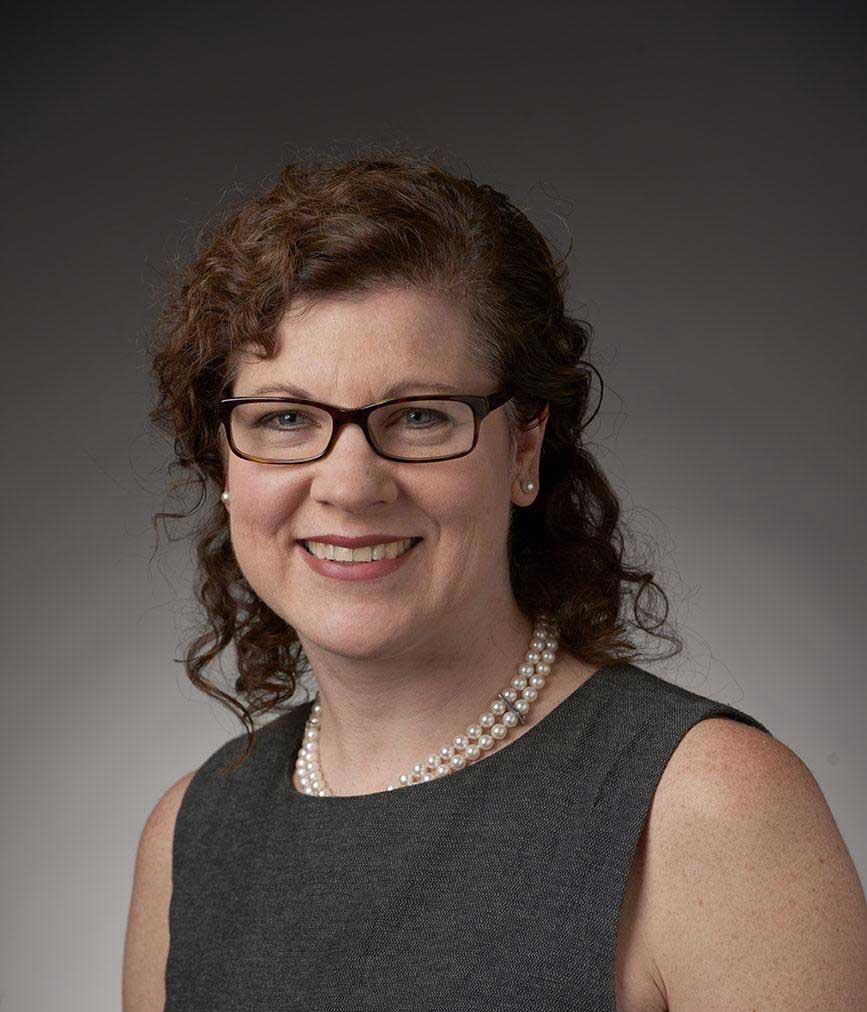 Associate Professor of Epidemiology Theresa Osypuk is using new tools and methods to rethink the way inequality relates to health in the U.S. Using data from the U.S. Department of Housing and Urban Development’s Moving to Opportunity for Fair Housing demonstration project, Osypuk is revealing that the health gains in families who have relocated away from poverty vary.

Theresa Osypuk’s interest in inequality began early in her career, when she began working for the Ad Council. As she and her colleagues were creating the public service announcements (PSAs) to communicate and persuade Americans to promote better health, she grew frustrated. “By the time that we were implementing these campaigns, the research was old.” Adding to the frustration was the competition to reach the audience for the advertising. The United States, unlike in other countries in Europe, relies on the benevolence of the media companies in order to get those messages out. “The networks donate the time to air public service messages, so when you compare PSA airtime with that of paid advertising, it’s small, and therefore difficult to reach enough people for effective campaigns,” Osypuk explained this summer. PSAs are also most effective to promote attitudinal or behavioral change at the individual level; but such changes may not be the most effective way to improve health at the population level.

These realizations, along with the desire to do more to shift the levels of inequality in America, led Osypuk to change the angle of her work, from health communications to research and policy change. She is critical of the national view of health in the U.S., that simply visiting your health practitioner will keep you in good health. “Even though health care is critical for treating disease once it occurs, lack of healthcare is not the most important factor causing health in the first place,” she explains. “The most important causes of health overall are the everyday conditions to which each of us is exposed over our lives, and these social determinants of health are largely outside of the health care sector.”

Osypuk argues that changing the social determinants of health — the conditions in which we live, including housing, neighborhood, education, employment, family context – is necessary to shift population health, since these are fundamental causes of health and health disparities.

Osypuk’s work uses the findings of previous research to enhance human health and well being. One her projects examines the Moving to Opportunity (MTO) housing mobility program. In 1992 the federal government conducted an experiment in an effort to determine whether or not families moving from high-poverty neighborhoods to lower-poverty neighborhoods would improve their economic and employment prospects. The study enrolled 4,600 volunteer low-income predominantly racial minority families with children headed by single mothers living in high-poverty public housing developments.

“The goal was to reverse poverty and promote economic autonomy,” Osypuk explains, “and what they found was that the MTO program produced few effects on these primary study measures of reducing poverty or promoting economic autonomy in those families. Although health was not an original outcome domain that program planners anticipated would be affected by the MTO program, it was added to the quantitative evaluation after MTO participants discussed health benefits of the program in qualitative research. The quantitative evaluation then included health outcomes for all participants and found large effects on health for those families, particularly in the mental health of mothers and teenage girls.”

Interestingly, the MTO program of moving to lower-poverty neighborhoods into private rental housing had the opposite effect for boys. “The mental health of older boys was surprisingly harmed by the move,” she elaborates. This finding has spurned interest in work on gender specific inequality studies. “We don’t know why this program had opposite effects for boys and girls,” Osypuk says. “It could be that girls are at an increased risk of sexual harassment in high-poverty neighborhoods, so moving out of high-poverty neighborhoods away from that sexual risk improved the mental health of girls. But these mechanisms seem gendered, and the reduction in sexual risk might be less relevant for boys. We know that children are socialized very young to cope with and live in high -poverty neighborhoods, and these behaviors that boys have learned may be maladaptive in lower poverty areas they move to. It may also be that in those single-parent families, when boys moved away, they lost their male mentors.” She and her colleagues are testing some of these potential mechanisms in the NIH grants that she is leading on this project.

Osypuk’s research takes data from that original study and attempts to understand what is happening in the health of those individuals so that policy can better address positive health interventions. In a recent paper in the American Journal of Public Health, Osypuk and her colleagues examined the MTO data to understand whether certain adolescent subgroups differentially benefited from the MTO programs, in terms of their mental health: psychological distress and behavior problems. Understanding the varying effects of the program may help to improve the program in the future, in terms of supplying additional services, or to inform the eligibility for the program.

Osypuk and her colleagues found that the city in which the program was implemented, along with gender and age, affected the results as the strongest modifiers of the programs.

Using this secondary data from the MTO, Osypuk and her colleagues get to integrate all of the research innovations that epidemiologists have made over the past 10-20 years in causal methods to strengthen the inferences that her team makes.

“The experimental design of MTO gives us that comparison group for the treatment group, we have an understanding of what our group would have experienced (if not for the treatment). Because of the existence of this alternate universe, we can say more strongly that this treatment actually caused these outcomes.”

To get these results Osypuk and her colleagues are applying machine learning techniques that have not previously been implemented much in fields like demography, public health and epidemiology. She explains, “It’s a different way of examining the patterns in the data, and the first time the method has been applied to preserve the intention to treat principle to preserve the experimental design and its strong causal inferences.”

The implications for policymakers from the research is clear on one note, a one-time or one-size adjustment will not fix all problems for deeply-struggling families. Osypuk elaborates, “Our research is finding that some subgroups need more assistance to benefit from housing relocation, particularly those families with health problems or those that experience violent crime. We also need to provide more help to adolescent boys, to help them succeed from housing relocation, by providing a housing intervention, but also services from the education and health sectors. Investment to improve health must occur across sectors because social factors such as housing, education, family context, and criminal activity are such strong predictors of health. Therefore policies addressing these factors may be powerful levers to improve population health and reduce health disparities.”